The Evolution of Bookmakers 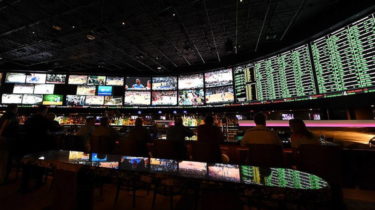 A look back at one of the most notorius scams which made history in the betting game.

Any bookmakers list of NBA betting legends would have to include ‘Cryin Kenny,’ a notorious under player who was well known around North Las Vegas sports books in the 1970s.

Kenny cried about everything and the more he drank, the more he cried. In 1976, Kenny made a tap-out wager on what turned out to be one of the most famous games in NBA history, Game 5 of the league championship series between the Boston Celtics and Phoenix Suns. Kenny didnt stray from his usual NBA betting strategy, betting the game under the total at the old Del Mar Race and Sportsbook.

Kenny already was counting his winnings when the game went into overtime. During the overtime, the Suns shrewdly called a time-out they didnt have, giving the Celtics a technical foul shot but getting the ball back in time to force a second overtime. (The rule subsequently was changed). Incredibly, the game still was under the total. Then, in the waning seconds of the second extra session, Phoenixs Garfield Heard hit a miraculous shot to send the game into a third extra session.

Talk about bad beats! It required a manipulation of the rules that no longer is possible, a shot ‘Heard’ round the NBA betting world, and three overtimes for Kenny to lose his under bet. For once, you couldnt blame Kenny for crying.

Kenny paced up and down during the overtimes, beating a path into the already thread bare carpet at the Del Mar. When the game finally went over the total, Kenny walked out of the Del Mar without uttering a word. Patrons accustomed to Kennys cries were dumbfounded; it was unprecedented for Kenny to leave the sportsbook betting without expressing some complaint.

What his fellow players did not know was that Kenny would be back in a few minutes, this time, packing heat. Having retrieved a handgun from his car, Kenny re-entered the Del Mar and approached the television on which hed watched the Boston-Phoenix game. Standing no more than six feet from the TV, Kenny raised the gun, extended his arm, took dead aim at the screen, pulled the trigger…and missed. The bullet lodged in a cinder block where it remained for years, the object of countless tales and stories.

The Fall of Cryin’ Kenny

So what happened to Kenny? Did the late Bill Dark, one of Las Vegas most innovative bookmakers, call the police? No. Did he grab Kenny by the lapels and throw him out? No. Did he ban him from the premises? No. Dark couldnt do any of those things. Cryin Kenny owed him money.

A few years after Cryin Kenny went bust–sometime in the mid 1980s–there was a crew operating on the Las Vegas Strip, getting down all it could on NBA totals. Two things made this NBA betting syndicate unique. First, they only bet on Detroit Pistons games. Sometimes they bet over and sometimes they bet under but they always risked a ton of money.

Second, they were very, very good, at one point during their three-year run winning 16-of-18 games, a streak which tested the bottom lines of many books.

After a while, word spread that the Pistons Syndicate had someone on the inside. Reportedly, it was the Detroit timekeeper, a man in a position to manipulate seconds on the end of each play to either add or subtract time from the game clock. Supposedly, the syndicate bet over when he added time and under when he subtracted it.

The only problem with this revelation was that it wasnt true. Bookmakers finally proved this to themselves when they were allowed to review the tapes of several Detroit games. A lot of the bet takers timed the games themselves and found that there was no manipulation of the clock.

So how did the Pistons Syndicate do it?

It turned out there was a vast difference in the quality of the officiating back then. Some officials called a lot of fouls and the scores on those games were higher. Other officials condoned a rougher style of play and the scores on those games were lower. The Pistons Syndicate simply was getting prior knowledge of the officiating crews in Detroit and placing their bets accordingly.

Thats no longer possible. For one thing, the disparity in officiating has been all but eliminated. So, while there still may be slight differences in the interpretation of how much hand and body contact is permitted, the difference is so slight and unpredictable as to offer no NBA betting advantage.

The league also got a lot smarter. For reasons of personal security and league integrity, the NBA no longer releases the names of officials prior to games. Referees stay in hotels under assumed names and follow no prescribed travel schedule.

Alas, after the league adopted this policy, the Pistons Syndicate soon was dissolved and, like Cryin Kenny, quickly passed into NBA betting folklore.